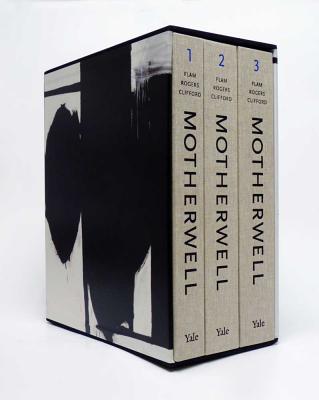 Robert Motherwell (1915-1991) was one of the preeminent Abstract Expressionists and a spokesperson for that generation of artists. During a career that lasted half a century, he created a large and varied body of work, constantly reinventing and refining his signature motifs. He produced some of the most innovative and profound imagery of the 20th century, such as the Elegy to the Spanish Republic, Iberia, Open, and Summertime in Italy series, as well as one of the largest and most inventive oeuvres in collage.

This monumental catalogue raisonne documents 1,209 paintings on canvas and panel, 722 paintings on paper, and 889 collages, providing extensive information about each work. In the first volume, the authors present an overview of Motherwell's career, and discuss key topics including the tension between figuration and abstraction in his work, his role as a spokesperson for modernism, and the changing nature of the critical reception of his work. This volume also contains a richly detailed, illustrated chronology of his life. Exquisitely designed and produced, this catalogue will be the definitive reference on Robert Motherwell's paintings and collages for years to come.

Jack Flam is president of the Dedalus Foundation and distinguished professor emeritus of art and art history at Brooklyn College and the Graduate Center, CUNY. Katy Rogers is the Robert Motherwell catalogue raisonne project manager. Tim Clifford is senior researcher for the Robert Motherwell catalogue raisonne project.
Loading...
or
Not Currently Available for Direct Purchase