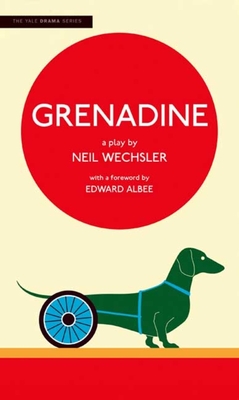 Neil Wechsler’s Grenadine has been chosen as the second winner of the Yale Drama Series. The play was selected by Pulitzer Prize–winning playwright and contest judge Edward Albee. Grenadine is the fantastical story of a man’s quest for love in the company of three devoted friends. Albee writes, “I found it highly original. . . . The questions the play asks and the answers it proposes are provocative; the play stretched my mind.”

About the Yale Drama Series

Yale University Press, the Yale Repertory Theatre, and the David Charles Horn Foundation are proud co-sponsors of this major competition to support emerging playwrights. Each year’s winner receives the David C. Horn Prize of $10,000, publication of the manuscript by Yale University Press, and a staged reading at Yale Repertory Theatre. For more information and complete rules for the Yale Drama Series, visit yalebooks.com.

Neil Wechsler graduated from Yale University in 1996 with distinction in Philosophy and Psychology.  He has been writing novels, novellas, and plays ever since.