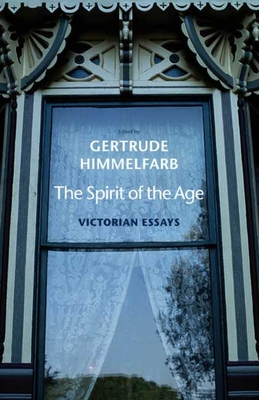 The Spirit of the Age

A wide-ranging collection of Victorian writings by John Stuart Mill, Charles Dickens, Oscar Wilde, and other leading lights of the era

None of the stereotypes of Victorian England—narrow-minded, inhibited, moralistic, complacent—prepares us for the vitality, variety, and above all extraordinary quality of intellectual life displayed in this volume of essays. Selected and annotated by Gertrude Himmelfarb, a distinguished historian of Victorian thought, the writings address a wide range of subjects—religion, politics, history, science, art, socialism, and feminism—by eminent figures of the era, including Carlyle, Mill, Macaulay, Dickens, Eliot, Thackeray, Newman, Arnold, and Wilde. The selections reflect what Himmelfarb terms “the spirit of the age”—contentious as well as earnest, given to high aspirations and convictions, and at the same time subject to deep anxieties and doubts.

The Victorians, undisputed masters of the long, serious essay, found the genre congenial to the expression of their most compelling and provocative views. This volume offers a representative sampling of essays from the early, middle, and late Victorian periods, each accompanied by an introductory note. Himmelfarb also introduces the volume with two enlightening essays, one on the evolving spirit of the age, and the other on the essay as a genre and on the important periodicals that attracted such a large and engaged audience.

Gertrude Himmelfarb is professor emeritus, Graduate School, City University of New York. She has written many books on Victorian England, including Roads to Modernity: The British, French, and American Enlightenments and The Moral Imagination: From Edmund Burke to Lionel Trilling. She lives in Washington, D.C.