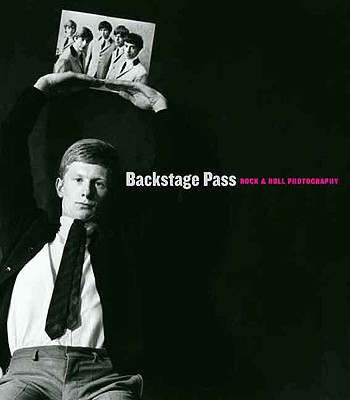 This striking collection of photographs features nearly every important figure in the world of rock & roll, from Elvis to Eric Clapton, the Beatles to Bob Dylan, Jimi Hendrix to John Coltrane. Many of the nearly one hundred images have rarely been published, and all reveal fascinating glimpses of celebrities off stage, away from the glare of the spotlights. Shot from the mid-fifties to the mid-nineties, the portraits often have a spontaneous, informal, and everyday feel, and most record their subjects before they had become immensely famousand well practiced in posing for photographs. The more than fifty photographers who contribute to the volume are among the most talented in their field, including Lee Friedlander, Lynn Goldsmith, Bob Gruen, Mick Rock, and many more.Three original essays address topics suggested by the photographs. The authors discuss the coded nature of celebrity portraiture, the 1970s music scene in New York City, the frank sexuality of rock musicians, and how the Beatles look evolved over time. This book will be treasured not only by fans of rock & roll music and admirers of photographic portraits, but also by those who remember the vanished time when photographers had genuine access to performers, and were a crucial elementin the worlds they were documenting.

Glenn O Brien isa writer and journalist. Anne Wilkes Tucker is Gus and Lyndall Wortham Curator of Photography, Museum of Fine Arts, Houston and author of "The History of Japanese Photography" (Yale). Laura Levine is a photographer whose work has appeared in" Rolling Stone," "New York Rocker," and "Sounds of the UK." Thomas Andrew Denenberg is the Acting Director and Chief Curator at the Portland Museum of Art. Kate Simon is a photographer whose work has appearedon book jackets, record covers, and in publications around the world. Greil Marcus is an author, music journalist, and cultural critic whose writings have appeared in "Rolling Stone," "Artforum," the "Village Voice," and "Creem.""
or
Not Currently Available for Direct Purchase
Copyright © 2020 American Booksellers Association