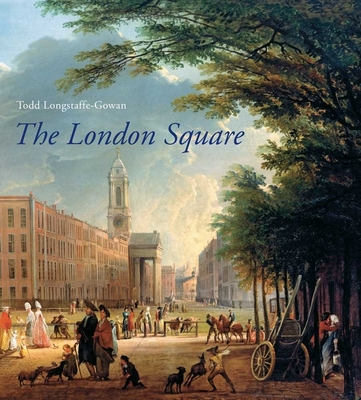 Gardens in the Midst of Town

Modern-day London abounds with a multitude of gardens, enclosed by railings and surrounded by houses, which attest to the English love of nature. These green enclaves, known as squares, are among the most distinctive and admired features of the metropolis and are England's greatest contribution to the development of European town planning and urban form. Traditionally, inhabitants who overlooked these gated communal gardens paid for their maintenance and had special access to them. As such, they have long been synonymous with privilege, elegance, and prosperous metropolitan living. They epitomize the classical notion of rus in urbe, the integration of nature within the urban plan—a concept that continues to shape cities to this day.

Todd Longstaffe-Gowan delves into the history, evolution, and social implications of squares, which have been an important element in the planning and expansion of London since the early 17th century. As an amenity that fosters health and well-being and a connection to the natural world, the square has played a crucial role in the development of the English capital.


Praise For The London Square: Gardens in the Midst of Town…

“Very accessible and entertaining. . . . This exploration of the special world of these often private, sheltered spaces within an urban area may make the reader long to have just such a retreat.”—Joan Richards, Current Books on Gardening and Botany (Chicago Botanic Garden)
— Joan Richards

Todd Longstaffe-Gowan is a landscape architect with an international practice based in London. He is gardens adviser to Hampton Court Palace and is currently redesigning the gardens of Kensington Palace in London.
Loading...
or
Not Currently Available for Direct Purchase