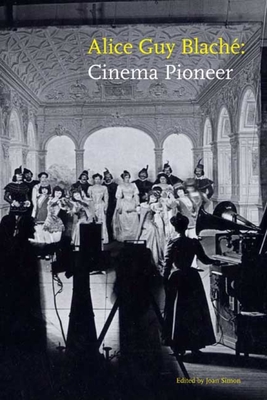 This book celebrates the achievements of Alice Guy Blaché  (1873–1968), the first woman motion picture director and producer. From 1896 to 1907, she created films for Gaumont in Paris. In 1907, she moved to the United States and established her own film company, Solax. From 1914 to 1920, Guy Blaché was an independent director for a number of film companies. Despite her immensely productive and creative career, Guy Blaché’s indispensable contribution to film history has been overlooked. She entered the world of filmmaking at its nascent stage, when films were seen primarily as a medium in the service of science or as an adjunct to selling cameras. Working with Gaumont cameramen and cameras and the new technical advances for the projection of film, she became one of the film pioneers ushering in the new era of motion pictures as a narrative form. Written by cinema history experts and curators, this handsome volume brings to light a critical new mass of Guy Blaché’s film oeuvre in an effort to restore her to her rightful place in film history.

Joan Simon is Curator-At-Large for the Whitney Museum of American Art, New York, New York. Jane Gaines is Professor of Film in the School of the Arts at Columbia University, New York, New York. Alison McMahan is a writer, filmmaker, and president of Homunculus Productions, a company that produces training films, industrials, and documentaries. Charles Musser is Professor of American Studies, Film Studies, and Theater Studies at Yale University, New Haven, Connecticut. Kim Tomadjoglou is Preservation Consultant for the present exhibition, Alice Guy Blaché: Cinema Pioneer. She is an independent consultant, film programmer, and preservation advisor for the Women and Film History International Project. Alan Williams is Professor of French and Cinema Studies at Rutgers University, New Brunswick, New Jersey.
Loading...
or
Not Currently Available for Direct Purchase