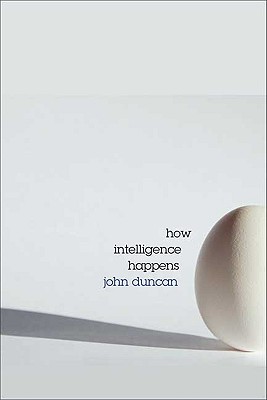 Human intelligence is among the most powerful forces on earth. It builds sprawling cities, vast cornfields, coffee plantations, and complex microchips; it takes us from the atom to the limits of the universe. Understanding how brains build intelligence is among the most fascinating challenges of modern science. How does the biological brain, a collection of billions of cells, enable us to do things no other species can do? In this book John Duncan, a scientist who has spent thirty years studying the human brain, offers an adventure story the story of the hunt for basic principles of human intelligence, behavior, and thought.

Using results drawn from classical studies of intelligence testing; from attempts to build computers that think; from studies of how minds change after brain damage; from modern discoveries of brain imaging; and from groundbreaking recent research, Duncan synthesizes often difficult-to-understand information into a book that will delight scientific and popular readers alike. He explains how brains break down problems into useful, solvable parts and then assemble these parts into the complex mental programs of human thought and action.

Moving from the foundations of psychology, artificial intelligence, and neuroscience to the most current scientific thinking, "How Intelligence Happens "is for all those curious to understand how their own mind works.


Praise For How Intelligence Happens…

“A comprehensive account of the brain mechanisms of cognition, not only historical but also quite readable and offering a unique perspective and hypotheses. Duncan offers a more fluid dynamic view of frontal cortex function that stands in contrast to the traditional model of cortical function.”—Earl K. Miller, Picower Professor of Neuroscience, MIT

“A highly personal and fascinating account of how the brain supports thought processes.” —Michael I. Posner, professor emeritus, University of Oregon

“This book is a timely, original, and highly readable contribution to our understanding of human intelligence and its implementation in the brain, by a leading figure in cognitive neuroscience.”—Nancy Kanwisher, MIT
-Nancy Kanwisher

“The experimental findings relating to human intelligence often are unexpected and arresting . . . The opportunity to learn about these discoveries will make this book rewarding for the lay reader. At the same time, the broad range of disciplines represented will provide many professional neurobiologists with welcome new facts and ideas.”—Charles F. Stevens, Public Library of Science Biology
-Charles F. Stevens

John Duncan is assistant director of the MRC Cognition and Brain Sciences Unit in Cambridge, honorary professor of cognitive neuroscience at the Universities of Cambridge and Bangor, visiting professor at the University of Oxford, and fellow of the Royal Society and the British Academy.
Loading...
or
Not Currently Available for Direct Purchase