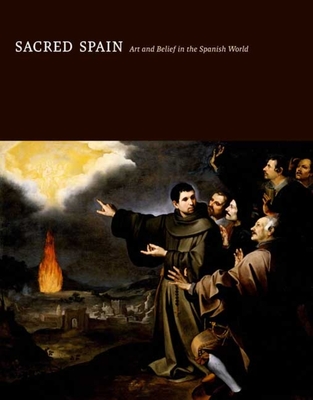 Art and Belief in the Spanish World

The art of Spain and Spanish America during the 17th century is overwhelmingly religious—it was intended to arouse wonder, devotion, and identification. Its forms and meanings are inextricably linked to the beliefs and religious practices of the people for whom it was made. In this groundbreaking book, scholars of art and religion look at new ways to understand the reception of use of these images in the practice of belief. As a result, the book argues for a fundamental reappraisal of the cultural role of the Church based on an analysis of the specific devotional and ritual contexts of Spanish art.

Handsomely illustrated essays discuss paintings, polychrome sculptures, metalwork, and books. They call attention to the paradoxical nature of the most characteristic visual forms of Spanish Catholicism: material richness and external display as expressions of internal spirituality, strict doctrinal orthodoxy accompanied by artistic expression of surprising unconventionality, the calculated social projection of new devotional themes, and the divergence of popular religious practices from officially prescribed ones.


Praise For Sacred Spain: Art and Belief in the Spanish World…

"[A] handsome and lavishly illustrated volume. . . . Although the essays approach the subject from different angles, the picture that emerges is a coherent one."—J. H. Elliott, The Journal of Ecclesiastical History
— J. H. Elliott

Ronda Kasl is senior curator of painting and sculpture before 1800 at the Indianapolis Museum of Art.