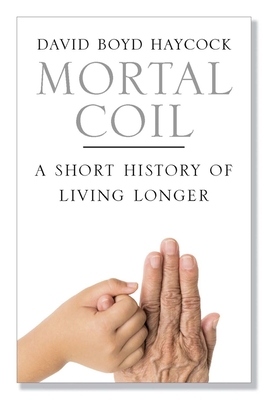 A Short History of Living Longer

A highly engaging history of humankind's preoccupation with longevity, from 1600 to the present day

An obsession with perpetual youth may seem a particularly modern phenomenon, but it is a goal that western scientists and philosophers have aspired to (and worked towards) for the last four hundred years.

Mortal Coil explores the medical, scientific, and philosophical theories behind the quest for the prolongation of human life. It was a conundrum that intrigued Sir Francis Bacon and underpinned the scientific revolution; ideas of ultimate perfectibility, indefinite progress, and worldly rather than heavenly immortality fed directly into the spirit of the Enlightenment and even further into the nineteenth and twentieth centuries. In today's world of genetic research, cryonics, and nanotechnology, we still seek the same elusive philosopher's stone.

From Adam and Eve to human cloning and designer babies, from seventeenth-century lifestyle guides to science fiction, Haycock's gripping story introduces an array of fascinating individuals—René Descartes, Benjamin Franklin, Jonathan Swift, Charles Darwin, and Sigmund Freud as well as a score of unknown figures. Full of extraordinary stories and valuable insights, this is a curious, witty, and captivating exploration into our unceasing desire to live forever.

David Boyd Haycock is Curator of Seventeenth-Century Imperial and Maritime Studies at the National Maritime Museum, Greenwich. Previously a Wellcome Research Fellow in the History of Medicine at the London School of Economics, he is an established and prolific historian of culture and medicine.
Loading...
or
Not Currently Available for Direct Purchase