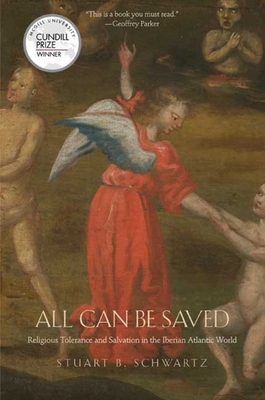 All Can Be Saved

Religious Tolerance and Salvation in the Iberian Atlantic World

It would seem unlikely that one could discover tolerant religious attitudes in Spain, Portugal, and the New World colonies during the era of the Inquisition, when enforcement of Catholic orthodoxy was widespread and brutal. Yet this groundbreaking book does exactly that. Drawing on an enormous body of historical evidence—including records of the Inquisition itself—the historian Stuart Schwartz investigates the idea of religious tolerance and its evolution in the Hispanic world from 1500 to 1820. Focusing on the attitudes and beliefs of common people rather than those of intellectual elites, the author finds that no small segment of the population believed in freedom of conscience and rejected the exclusive validity of the Church.

The book explores various sources of tolerant attitudes, the challenges that the New World presented to religious orthodoxy, the complex relations between “popular” and “learned” culture, and many related topics. The volume concludes with a discussion of the relativist ideas that were taking hold elsewhere in Europe during this era.

Stuart Schwartz is George Burton Adams Professor of History and Director of the Council of Latin American and Iberian Studies at Yale University. He has published extensively on the history of Spain, Portugal, and their New World colonies.