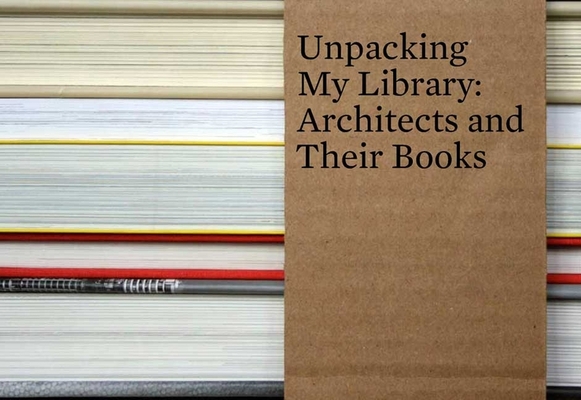 Architects and Their Books

“I am unpacking my library. Yes, I am. . . . Be ready to share with me a bit of the mood—it is certainly not an elegiac mood but, rather, one of anticipation—which these books arouse in a genuine collector. . . . What I am really concerned with is giving you some insight into the relationship of a book collector to his possessions, into collecting rather than a collection.” —Walter Benjamin, 1931

What does a library say about the mind of its owner? How do books map the intellectual interests, curiosities, tastes, and personalities of their readers? What does the collecting of books have in common with the practice of architecture? Unpacking My Library provides an intimate look at the personal libraries of twelve of the world’s leading architects, alongside conversations about the significance of books to their careers and lives.

Photographs of bookshelves—displaying well-loved and rare volumes, eclectic organizational schemes, and the individual touches that make a bookshelf one’s own—provide an evocative glimpse of their owner’s personal life. Each architect also presents a reading list of top ten influential titles, from architectural history to theory to fiction and nonfiction, that serves as a personal philosophy of literature and history, and advice on what every young architect, scholar, and lover of architecture should read.

An inspiring cross-section of notable libraries, this beautiful book celebrates the arts of reading and collecting.

Unpacking My Library: Architects and Their Books features the libraries of:

Robert Musil, The Man Without Qualities

Jo Steffens is director of Urban Center Books and editor of Block by Block: Jane Jacobs and the Future of New York City.
or
Buy Here
Copyright © 2020 American Booksellers Association