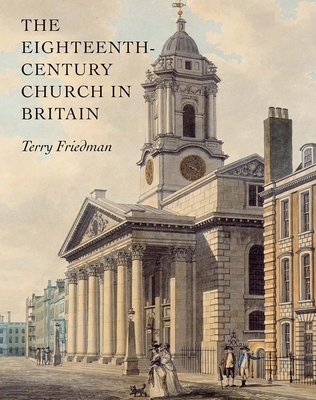 The Eighteenth-Century Church in Britain

This ambitious and generously illustrated study is an in-depth account of the architectural character of a vast range of eighteenth-century ecclesiastical buildings, including the Anglican parish churches, medieval cathedrals repaired and modified during the period, and Dissenting and Catholic chapels and mausoleums. The first substantial study of the subject to appear in over half a century, Terry Friedman's work explores not only the physical aspects of these buildings but church-going activities of Britons from the cradle to the grave. In addition, fully documented, chronologically sequenced design and construction histories of 272 key ecclesiastical buildings are presented on an accompanying CD-ROM.


Praise For The Eighteenth-Century Church in Britain…

"Mr. Friedman's lavishly illustrated text provides a comprehensive view of the trends and developments in church architecture in eighteenth-century Britain; the final chapter looks beyond Britain to ecclesiastical architecture in North America, the Caribbean, and India....[B]eautifully produced and filled with detail, this book is an invaluable resource."—Martha F. Bowden, The Scriblerian and the Kit-Cats
— Martha F. Bowden

Terry Friedman is one of the leading historians of eighteenth-century British architecture and the author of James Gibbs (1984) and The Georgian Parish Church: Monuments to Posterity (2004).
Loading...
or
Not Currently Available for Direct Purchase