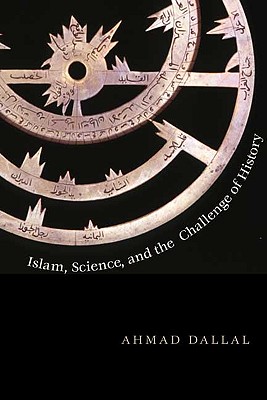 Islam, Science, and the Challenge of History

Dallal frames his inquiry around three concerns: What cultural forces provided the conditions for debate over the primacy of religion or science? How did these debates emerge? And how were they sustained? His primary objectives are to study science in Muslim societies within its larger cultural context and to trace the epistemological distinctions between science and philosophy, on the one hand, and science and religion, on the other. He looks at religious and scientific texts and situates them in the contexts of religion, philosophy, and science. Finally, Dallal describes the relationship negotiated in the classical (medieval) period between the religious, scientific, and philosophical systems of knowledge that is central to the Islamic scientific tradition and shows how this relationship has changed radically in modern times.


Praise For Islam, Science, and the Challenge of History…

“Dallal masterfully controls the narrative with his encyclopedic approach to Islamic intellectual history and his full acquaintance with the literature. He is up-to-date on all aspects of Islamic intellectual and religious history, and has the superb skill of seeing many fields within that civilization within the shadows of each other.”—George Saliba, Columbia University

“It is the first serious treatment of the whole subject, superseding all earlier partial, incompetent and, for the most part, biased (through ignorance) works.”—Dimitri Gutas, Yale University, author of Greek Thought, Arabic Culture

“. . . demonstrates the author’s passionate and lifelong involvement with the topic of the relationship between religious and scientific knowledge. . . . a significant contribution.”—Muzaffar Iqbal, Islamic Sciences
-Muzaffar Iqbal

Ahmad Dallal is provost and professor of history, American University of Beruit.
Loading...
or
Not Currently Available for Direct Purchase