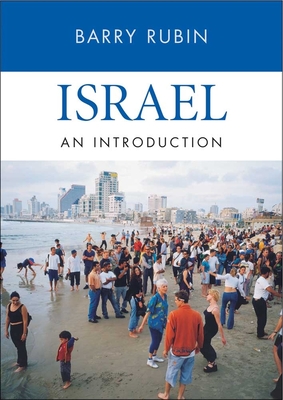 This comprehensive book provides a well-rounded introduction to Israel—a definitive account of the nation's past, its often controversial present, and much more. Written by a leading historian of the Middle East, Israel is organized around six major themes: land and people, history, society, politics, economics, and culture. The only available volume to offer such a complete account, this book is written for general readers and students who may have little background knowledge of this nation or its rich culture.

Based on research by scholars with extensive firsthand knowledge of Israel, this book offers accessible, clearly explained material, enhanced with a generous selection of images, maps, charts, tables, graphs, and sidebars. This book provides readers with a solid foundation of knowledge about Israel and provides useful reference lists by topic for those inspired to read further.

Barry Rubin is director of the Global Research in International Affairs Center of the Interdisciplinary Center, Israel. He is the author of many books and publishes frequently on Middle East topics. He lives in Tel Aviv, Israel.

Praise For Israel: An Introduction…

“There have been many hundreds of books for and against Israel but no volume presenting the essential information about its domestic politics, its society, as well as its cultural life and its economy. This gap has now been filled.”—Walter Laqueur, author of A History of Zionism
— Walter Laqueur

"[An] essential resource for readers interested in learning the truth about the Zionist project in the 20th and 21st centuries."—Sol Stern, Commentary
— Sol Stern

“Offering in-depth perspectives with encyclopedic breadth on the makeup of the Jewish state, focusing only briefly on Israel's struggle for self-preservation. The section "History" provides a masterful summary of Israel's past from its socialist beginnings before independence to the modern struggles with the Iranian regime. . . .”—Publishers Weekly
— Publishers Weekly

“A well-written portrait of a vibrant nation at the center of turmoil in the region.”—Jay Freeman, Booklist
— Jay Freeman

"It is indeed just a starting point, but Israel: An Introduction, if disseminated among our universities to the extent it deserves, will at least allow students of the Middle East and of Jewish history to start off on the right foot. A glimpse into the real Israel may do more for the future of U.S.-Israeli relations than any amount of rhetoric ever could."—Daniel Perez, Jewish Voice New York
— Daniel Perez
or
Not Currently Available for Direct Purchase
Copyright © 2020 American Booksellers Association