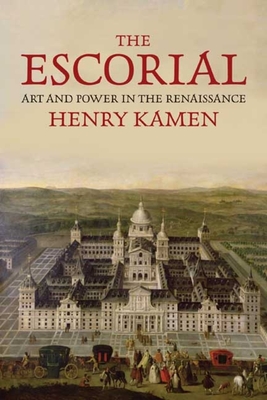 Art and Power in the Renaissance

Few buildings have played so central a role in Spain’s history as the monastery-palace of San Lorenzo del Escorial. Colossal in size and imposing—even forbidding—in appearance, the Escorial has invited and defied description for four centuries. Part palace, part monastery, part mausoleum, it has also served as a shrine, a school, a repository for thousands of relics, and one of the greatest libraries of its time. Constructed over the course of more than twenty years, the Escorial challenged and provoked, becoming for some a symbol of superstition and oppression, for others a “wonder of the world.” Now a World Heritage Site, it is visited by thousands of travelers every year.

In this intriguing study, Henry Kamen looks at the circumstances that brought the young Philip II to commission construction of the Escorial in 1563. He explores Philip’s motivation, the influence of his travels, the meaning of the design, and its place in Spanish culture. It represents a highly engaging narrative of the high point of Spanish imperial dominance, in which contemporary preoccupations with art, religion, and power are analyzed in the context of this remarkable building.


Praise For The Escorial: Art and Power in the Renaissance…

"The perfect subject for Henry Kamen, who has dedicated his life to challenging just about every myth and unquestioned assumption about Spain and its history. He takes on all interpreters, but above all, he takes on the ghosts of Philip II conjured up by his detractors and admirers."—Carlos Eire, Yale University
— Carlos Eire

Henry Kamen has been a professor at universities throughout the United Kingdom, the United States, and Spain, and was until recently a professor of the Higher Council for Scientific Research, Barcelona.
Loading...
or
Not Currently Available for Direct Purchase