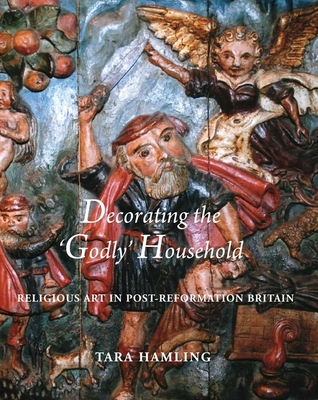 The Reformation is generally regarded as a calamitous episode in the history of British art, with the rich artistic heritage of the medieval period eradicated and replaced by an austere Protestant culture of the word. This compelling new study presents a wealth of visual evidence to argue that religious subject matter was common in the arts of Protestant Britain. Tara Hamling examines decorative features from historic houses throughout England and Scotland and identifies a significant but overlooked trend in the history of British art. Far from being hostile towards images, a great many Protestant patrons continued to desire and commission traditional religious art to decorate their houses.

"These rooms come instantly to life, the pictorial vividness of their—supposedly illicit—biblical Protestant decor animated by Hamling’s lively presentation. She buttresses these in situ interpretations with clearly presented information about the private daily life of the devout English family within the larger iconoclastic bounds of official doctrine."—Erika Boeckeler, Huntington Library Quarterly
— Erika Boeckeler

Tara Hamling is a RCUK/Roberts Research Fellow in the Department of History, University of Birmingham, and a Fellow of the Shakespeare Institute, where she is currently based.
Loading...
or
Not Currently Available for Direct Purchase