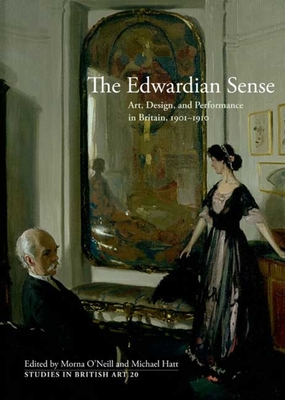 Although numerous studies have explored the Edwardian period (1901–1910) as one of political and social change, this innovative book is the first to explore how art, design, and performance not only registered those changes but helped to precipitate them. While acknowledging familiar divisions between the highbrow world of aesthetic theory and the popular delights of the music hall, or between the neo-Baroque magnificence of central London and the slums of the East End, The Edwardian Sense also discusses the middlebrow culture that characterizes the anonymous edge of the city. Essays are divided into three sections under the broad headings of spectacle, setting, and place, which reflect the book’s focus on the visual, spatial, and geographic perspectives of the Edwardians themselves.

Praise For The Edwardian Sense: Art, Design, and Performance in Britain, 1901-1910 (Studies in British Art)…

“A handsome volume . . . in which a group of scholars and experts sift through a remarkable array of evidence . . . [in] many fine essays.”

"The major cultural touchstones of the period are present here, interpreted in a manner that usefully acknowledges their significance while questioning their grip on people's, until now, limited perception of the period."—K. Rhodes, CHOICE
— K. Rhodes