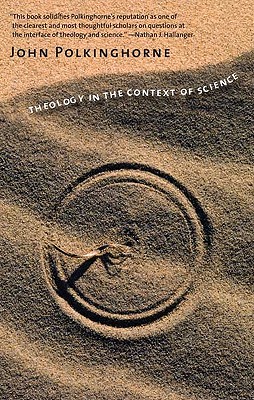 Theology in the Context of Science

Just as gendered, cultural, and geographical perspectives have illuminated and advanced theological thought, the contributions of twentieth-century science have much to offer theology. In his latest book, physicist-theologian John Polkinghorne, renowned as one of the world’s foremost thinkers on science and religion, offers a lucid argument for developing the intersection of the two fields as another form of contextual theology.

Countering recent assertions by “new atheists” that religious belief is irrational and even dangerous, Polkinghorne explores ways that theology can be open to and informed by science. He describes recent scientific discourse on such subjects as epistemology, objectivity, uncertainty, and rationality and considers the religious importance of the evolution in these areas of scientific thought. Then, evaluating such topics as relativity, space and time, and evolutionary theory, he uses a scientific style of inquiry as a foundation on which to build a model of Christian belief structure. Science and theology share in the great human quest for truth and understanding, says Polkinghorne, and he illustrates how their interaction can be fruitful for both.

John Polkinghorne, KBE, FRS, is fellow and retired president, Queens’ College, Cambridge University. He was founding president of the International Society for Science and Religion and in 2002 was awarded the Templeton Prize. The author of numerous books, he lives in Cambridge, UK.
Loading...
or
Not Currently Available for Direct Purchase