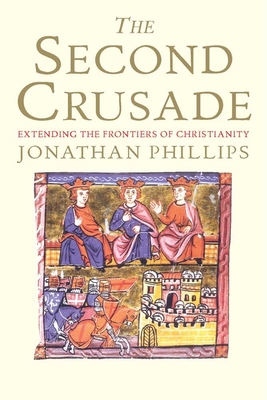 Extending the Frontiers of Christendom

The Second Crusade (1145-1149) was an extraordinarily bold attempt to overcome unbelievers on no less than three fronts. Crusader armies set out to defeat Muslims in the Holy Land and in Iberia as well as pagans in northeastern Europe. But, to the shock and dismay of a society raised on the triumphant legacy of the First Crusade, only in Iberia did they achieve any success. This book, the first in 140 years devoted to the Second Crusade, fills a major gap in our understanding of the Crusades and their importance in medieval European history. Historian Jonathan Phillips draws on the latest developments in Crusade studies to cast new light on the origins, planning, and execution of the Second Crusade, some of its more radical intentions, and its unprecedented ambition. With original insights into the legacy of the First Crusade and the roles of Pope Eugenius III and King Conrad III of Germany, Phillips offers the definitive work on this neglected Crusade that, despite its failed objectives, exerted a profound impact across Europe and the eastern Mediterranean.


Praise For The Second Crusade: Extending the Frontiers of Christendom…

“This is an excellent book, which takes full account of both primary sources and the many debates in the secondary literature. No other book offers a modern synthesis of the subject in the light of recent developments in crusading studies.”—Professor Malcolm Barber, University of Reading

"This account . . . will be valued by specialists because of its scholarly approach and by undergraduates and general readers because it is written in a clear and accessible style. . . . [A] brilliant analysis of the European situation in 1145 . . . Excellent."—John France, The International History Review
— John France

"[The Second Crusade] constitutes an important achievement. It synthesizes a great deal of previous scholarship while bringing new sources and new interpretations to the discussion. It fills a large historiographical gap with erudite precision."—Thomas F. Madden, Speculum: A Journal of Medieval Studies
— Thomas F. Madden

Jonathan Phillips is Professor of Crusading History, Royal Holloway, University of London. He has published extensively on the subject, including The Crusades, 1095–1197 and The Fourth Crusade and the Sack of Constantinople. He lives in Berkshire, UK.
Loading...
or
Not Currently Available for Direct Purchase