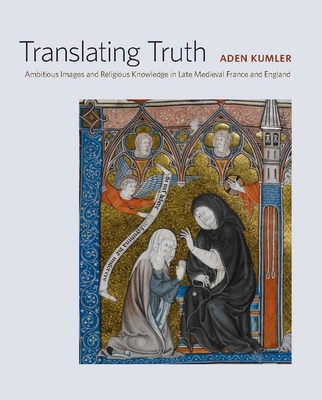 Translating Truth is a novel and compelling account of how illuminated vernacular manuscripts transformed conceptions of Christian excellence in the later Middle Ages. Following the Fourth Lateran Council (1215), which legislated a broad pastoral outreach to the laity, new forms of religious instruction played a decisive role in the lives of Christians throughout Europe. For royal and aristocratic laypeople, luxury manuscripts of spiritual instruction made sacred truths and religious knowledge accessible—and authorizing—as never before.

In this beautifully illustrated book, Aden Kumler examines how manuscript paintings collaborated and, at times, competed with texts as they translated the rudiments of Christian belief as well as complex theological teachings to new audiences on both sides of the English Channel. In the illuminations in these books, Kumler argues, elite laypeople were offered an ambitious vision of spiritual excellence and a greater role in the pursuit of their salvation.

Aden Kumler is an assistant professor in the Department of Art History and the College at the University of Chicago.
Loading...
or
Not Currently Available for Direct Purchase