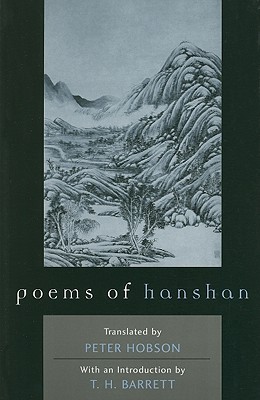 Hanshan, which means Cold Mountain, was the pseudonym adopted by an unknown poet who lived in China as a hermit twelve hundred years ago. The poems collected under his name have had an immense impact worldwide, especially among Zen Buddhists, and have been translated into many languages. Peter Hobson's translation of more than a hundred of the poems, almost all of which are published for the first time in this volume, brings those qualities of timelessness, poetic diction and engaging rhythm that do justice to the concepts and language of the original. This edition includes not only a clear and succinct introduction for the general reader but also highly informative sections on Hanshan's place in history and on issues involved in translating Hanshan.

Peter Hobson was an authority of world religions and had a particular interest in archaic Chinese poetry.

Professor T. H. Barrett teaches in the Department of the Study of Religions at the School of Oriental and African Studies, University of London, and has a particular interest in the history and religion of China.