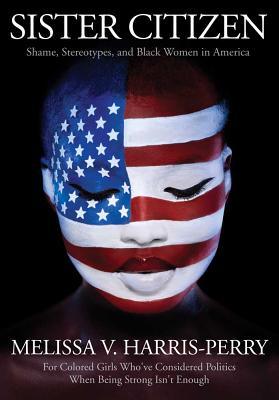 Jezebel's sexual lasciviousness, Mammy's devotion, and Sapphire's outspoken anger these are among the most persistent stereotypes that black women encounter in contemporary American life. Hurtful and dishonest, such representations force African American women to navigate a virtual crooked room that shames them and shapes their experiences as citizens. Many respond by assuming a mantle of strength that may convince others, and even themselves, that they do not need help. But as a result, the unique political issues of black women are often ignored and marginalized.

In this groundbreaking book, Melissa V. Harris-Perry uses multiple methods of inquiry, including literary analysis, political theory, focus groups, surveys, and experimental research, to understand more deeply black women's political and emotional responses to pervasive negative race and gender images. Not a traditional political science work concerned with office-seeking, voting, or ideology, "Sister Citizen" instead explores how African American women understand themselves as citizens and what they expect from political organizing. Harris-Perry shows that the shared struggle to preserve an authentic self and secure recognition as a citizen links together black women in America, from the anonymous survivors of Hurricane Katrina to the current First Lady of the United States.

"Astonishing...Sister Citizen is written for the benefit of all Americans—sister citizens, brother citizens, and anyone else who cares about the way this country works."—Tayari Jones, San Francisco Chronicle
-Tayari Jones

"This is the beauty of the book....The insight and grace with which Harris-Perry tackles the thorny issue of African American women’s identity politics makes it a must-read."— Jordan Kisner, Slate
-Jordan Kisner

"Harris-Perry offers fascinating observations of how black women are, at times, constricted by their mythology and asserts that their 'experiences act as a democratic litmus test for the nation.'"—Vanessa Bush, Booklist
-Vanessa Bush

"This is a broad, ambitious and important book that centers black women at the heart of American politics. Harris-Perry broadens our ideas of what counts as political, disrupts our ideas about what the study of American politics should look like, and restores our belief that resistance and struggle can change lives, communities and nations.”—Cathy J. Cohen, author of Boundaries of Blackness and Democracy Remixed

"Sister Citizen lends empirical heft to the adage the "personal is political". Melissa Harris-Perry does an excellent job of weaving literature, social science, and personal accounts to produce a powerful work on black women's politics. Brilliant."—Lester K. Spence, author of Stare in the Darkness: The Limits of Hip-hop and Black Politics
-Lester K. Spence

"In Sister Citizen, Harris-Perry combines her skills as a social scientist, political observer, writer and griot to deftly illustrate how the social, economic, and political conditions of black women, particularly those on the margins, are the index for America at large."—Byron Williams, Oakland Tribune
-Byron Williams

"A feminist manifesto endeavoring to free sisters forever from the cruel and very limiting ways in which they continue to be pigeonholed."—Kam Williams, Insight
-Kam Williams