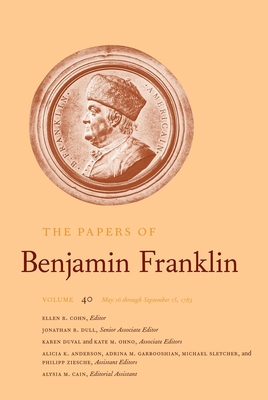 During the period of this volume, the United States of America completed its transformation into a fully recognized independent nation. In May, Franklin and his fellow American peace commissioners John Adams, John Jay, and Henry Laurens recommenced treaty negotiations with their new British counterpart David Hartley. Those negotiations proved fruitless, as the new British ministry rejected all proposals for additional articles. On September 3, 1783, the commissioners signed the Definitive Treaty of Peace, which was essentially identical to the preliminary articles signed the previous November. While this marked the official end of the War for American Independence, the nations of Europe had long since recognized the United States. In the spring, Franklin, as sole minister plenipotentiary, secretly negotiated draft commercial treaties with Denmark and Portugal. After being recognized by the diplomatic corps in early July, he received overtures from other ambassadors, including a proposal from the papal nuncio concerning American Catholics. Franklin published a French edition of the American state constitutions, which he sent to every monarch in Europe, witnessed the first hot-air balloon ascension, welcomed his grandson Benjamin Franklin Bache back from Geneva, and wrote to his friends that "There never was a good War or a bad Peace."