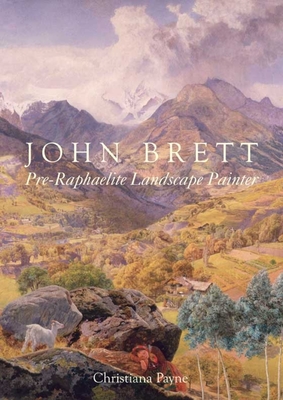 Drawing on a wealth of unpublished sketchbooks, journals, and writings, this essential guide to John Brett (1831–1902) investigates the painter who was seen as the leader of the Pre-Raphaelite landscape school. In addition to exploring the familiar early works, including The Val d'Aosta and Stonebreaker, it provides rich information on his later, less-known coastal and marine paintings. Brett’s turbulent friendship with John Ruskin is discussed, as are his relations with his beloved sister, Rosa, and his partner Mary, with whom he had seven children. His fervent interest in astronomy, his love of the sea, and his lifelong pursuit of wealth and recognition are all examined in this reassessment, which concludes with a catalogue raisonné of his works, prepared by his descendent Charles Brett.

Christiana Payne is a Reader in the History of Art at Oxford Brookes University. She coedited Prospects for the Nation: Recent Essays in British Landscape, 1750–1880.

"The work of Victorian painter John Brett is very appealing. . . . Brett long has been in need of the kind of scholarly reassessment presented here. . . . This is an attractive and valuable addition to the literature on 19th-century British art. Highly recommended."—W. S. Rodner, Choice
— W. S. Rodner
or
Not Currently Available for Direct Purchase
Copyright © 2020 American Booksellers Association