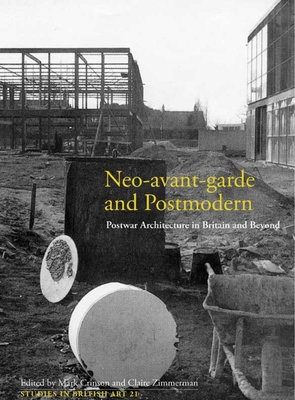 Postwar Architecture in Britain and Beyond (Studies in British Art #21)

The neo-avant-garde and postmodern movements have long been understood in terms of their re-working of modernism and a narrative emphasizing rupture and new beginnings. Compelling continuities between the two, especially in postwar Britain, suggest that a new account is needed. This collection of provocative essays discusses the work of architects and their associates, including Alice and Peter Smithson, Robert Venturi and Denise Scott Brown, James Stirling, James Gowan, Eduardo Paolozzi, Leon Krier, Allan Greenberg, Reyner Banham, and Charles Jencks, and explores why the debate over postwar modernism was especially vocal in Britain.

Essays by sixteen distinguished scholars examine such topics as Brutalism, pop architecture, 1950s London, the legacy of Mies van der Rohe, housing, civic architecture, Italian neo-realism, and changing alignments in theory and philosophy of the period. While the essays focus on Britain, they also look beyond to Brazil, New Zealand, and the United States, expanding the discussion to include new kinds of internationalization that developed rapidly in the postwar period and set the stage for architectural developments today.