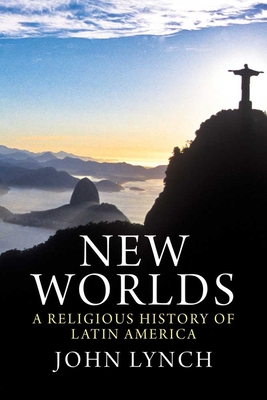 A Religious History of Latin America

This extraordinary book encompasses the time period from the first Christian evangelists' arrival in Latin America to the dictators of the late twentieth century. With unsurpassed knowledge of Latin American history, John Lynch sets out to explore the reception of Christianity by native peoples and how it influenced their social and religious lives as the centuries passed. As attentive to modern times as to the colonial period, Lynch also explores the extent to which Indian religion and ancestral ways survived within the new Christian culture.

The book follows the development of religious culture over time by focusing on peak periods of change: the response of religion to the Enlightenment, the emergence of the Church from the wars of independence, the Romanization of Latin American religion as the papacy overtook the Spanish crown in effective control of the Church, the growing challenge of liberalism and the secular state, and in the twentieth century, military dictators' assaults on human rights. Throughout the narrative, Lynch develops a number of special themes and topics. Among these are the Spanish struggle for justice for Indians, the Church's position on slavery, the concept of popular religion as distinct from official religion, and the development of liberation theology.


Praise For New Worlds: A Religious History of Latin America…

“John Lynch has furnished an important and intricate piece of the puzzle of the story of global Christianity. . . . He practices history at its best. . . . For many years to come New Worlds should stand as a key reference point.”—Kenneth P. Serbin, Christian Century
— Kenneth P. Serbin

John Lynch is Emeritus Professor of Latin American History and former director of the Institute of Latin American Studies, University of London. He is the author of more than a dozen books on Latin American topics. He lives in London.
Loading...
or
Not Currently Available for Direct Purchase