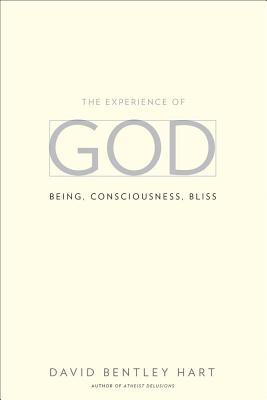 The Experience of God

Despite the recent ferocious public debate about belief, the concept most central to the discussionGodfrequently remains vaguely and obscurely described. Are those engaged in these arguments even talking about the same thing? In a wide-ranging response to this confusion, esteemed scholar David Bentley Hart pursues a clarification of how the word God functions in the world's great theistic faiths.
Ranging broadly across Judaism, Christianity, Islam, Vedantic and Bhaktic Hinduism, Sikhism, and Buddhism, Hart explores how these great intellectual traditions treat humanity's knowledge of the divine mysteries. Constructing his argument around three principal metaphysical moments being, consciousness, and blissthe author demonstrates an essential continuity between our fundamental experience of reality and the ultimate reality to which that experience inevitably points.
Thoroughly dismissing such blatant misconceptions as the deists' concept of God, as well as the fundamentalist view of the Bible as an objective historical record, Hart provides a welcome antidote to simplistic manifestoes. In doing so, he plumbs the depths of humanity's experience of the world as powerful evidence for the reality of God and captures the beauty and poetry of traditional reflection upon the divine.

David Bentley Hart is an Eastern Orthodox scholar of religion, philosopher, writer, and cultural commentator.
Loading...
or
Not Currently Available for Direct Purchase