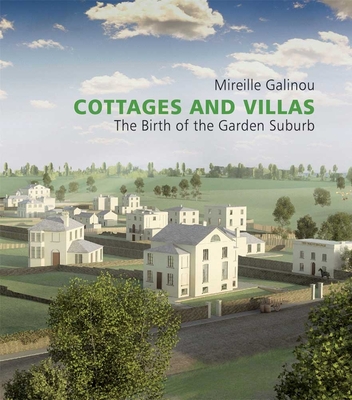 The Birth of the Garden Suburb

The garden suburb has its origins in London, and, contrary to widespread belief, its earliest phase took place not at the beginning of the 20th century, with the much discussed garden-city movement, but one century earlier, with the creation of the Eyre brothers' villa estate in the London suburb of St. John's Wood. Drawing on the resources of the newly catalogued Eyre archive, Mireille Galinou describes how London acquired one of its most attractive and influential suburbs and how generations of the Eyre family shaped, fought over, lost, and revitalized their inheritance. Little did they know that they were making world history with their winning formula, which set the green suburb agenda for middle classes around the world.


Praise For Cottages and Villas: The Birth of the Garden Suburb…

"Cottages and Villas is a valuable contribution to the history of London, lavishly produced and illustrated."—Alan Powers, The Times Literary Supplement
— Alan Powers

Mireille Galinou is a freelance arts and museums consultant. She is the co-author (with John Hayes) of London in Paint: Catalogue of Oil Paintings in the Collection of the Museum of London (1996).
Loading...
or
Not Currently Available for Direct Purchase