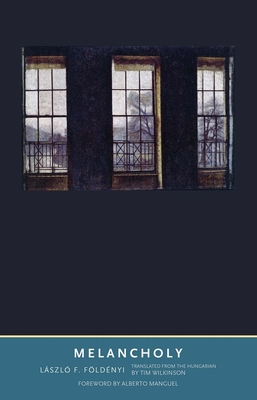 Alberto Manguel praises the Hungarian writer László Földényi as “one of the most brilliant essayists of our time.”  Földényi’s extraordinary Melancholy, with its profusion of literary, ecclesiastical, artistic, and historical insights, gives proof to such praise. His book, part history of the term melancholy and part analysis of the melancholic disposition, explores many centuries to explore melancholy’s ambiguities. Along the way Földényi discovers the unrecognized role melancholy may play as a source of energy and creativity in a well-examined life.

Földényi begins with a tour of the history of the word melancholy, from ancient Greece to the medieval era, the Renaissance, and modern times. He finds the meaning of melancholy has always been ambiguous, even paradoxical. In our own times it may be regarded either as a psychic illness or a mood familiar to everyone. The author analyzes the complexities of melancholy and concludes that its dual nature reflects the inherent tension of birth and mortality. To understand the melancholic disposition is to find entry to some of the deepest questions one’s life.

Praise For Melancholy (The Margellos World Republic of Letters)…

“[Melancholy] impressively and comprehensively explores melancholy as a philosophical and cultural issue from the ancient Greeks to the Romantics to the present day.”—Nicky Loomis, Los Angeles Review of Books

“An old-style think piece in the style of Montaigne, or for that matter Robert Burton. Every page is idea-rich and should be read carefully and slowly, and that is rare these days. . . . Definitely recommended.”—Tyler Cowen, Marginal Revolution

“Földényi is a formidable, if at times oracular, writer, who is at home in paradox . . . His book is a wide-ranging history of the Western discourse on melancholy.”—Christine Smallwood, Harper’s
— Christine Smallwood

“A rather fine book closely argued . . . and full of thoughtful insights and aphorisms. Occasionally, especially in its excellent final chapter about melancholy in our times, it attains brilliance. Most of its pages abound in curious learning and thought-provoking interpretation.”—Kevin Jackson, Literary Review
— Literary Review

László F. Földényi is an author, a translator, a critic, and an art theorist. He is professor and chair of the theory of art, University of Theatre, Film, and Television, Budapest. He is the prize-winning author of some twenty books, and his works have been translated into fifteen languages. He lives in Budapest, Hungary. Tim Wilkinson is principal translator of Imre Kertész, Miklós Szentkuthy, and many other modern Hungarian authors. A former resident of Budapest, he now lives in London. Alberto Manguel is a Canadian writer, translator, editor, and critic. He now lives in New York.
Loading...
or
Not Currently Available for Direct Purchase