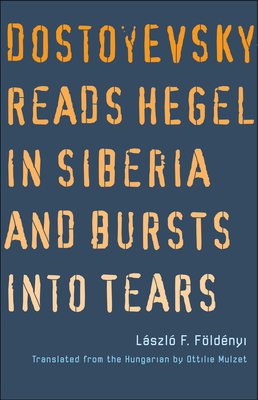 “Földényi . . . stage[s] a broad metaphysical melodrama between opposites that he pursues throughout this fierce, provoking collection (expertly translated by Ottilie Mulzet). . . . He proves himself a brilliant interpreter of the dark underside of Enlightenment ambition.”—James Wood, New Yorker

László Földényi’s work, in the long tradition of public intellectual and cultural criticism, resonates with the writings of Montaigne, Walter Benjamin, and Thomas Mann. In this new essay collection, Földényi considers the continuing fallout from the collapse of religion, exploring how Enlightenment traditions have not replaced basic elements of previously held religious mythologies—neither their metaphysical completeness nor their comforting purpose. Realizing beautiful writing through empathy, imagination, fascination, and a fierce sense of justice, Földényi covers a wide range of topics including a meditation on the metaphysical unity of a sculpture group and an analysis of fear as a window into our relationship with time.

“A collection of essays on why contemporary culture would do well to embrace transcendence . . . Perceptive meditations on humanity's need for spiritual nourishment.”—Kirkus Reviews

“Beneath the surface it is single-minded in its pursuit of a certain category of insight . . . Perhaps [this] essay collection is arriving in our language at just the right time.”—Robert Minto, On the Seawall

“Földényi has a knack for sustaining readers’ interest through the musicality of his prose and the variety of his references.”—John Toren, Rain Taxi

"Foldenyi's brilliant essay on Dostoyevsky reading Hegel is an essential meditation on history, civic responsibility and our ongoing responsibility towards others."—Alberto Manguel, author of A History of Reading

"It is a hallucinatory moment: Dostoyevsky, first condemned to death, then sent as a soldier to the endless emptiness of Siberia, where he reads Hegel’s thoughts about the abstract building of History, a building in which neither Siberia nor Africa can have a place, an unsentimental construction made of glass, with its holy ending the Weltgeist, in which all the personal suffering of mankind has disappeared. Laszlo Földenyi has written about this in such a way that you can feel the sacred shudder with him."—Cees Nooteboom

László F. Földényi is professor and chair in the theory of art at the University of Theatre, Film, and Television, Budapest, and a member of the German Academy. He has written numerous award-winning books and lives in Budapest. Ottilie Mulzet is an award-winning translator and literary critic.
Loading...
or
Not Currently Available for Direct Purchase