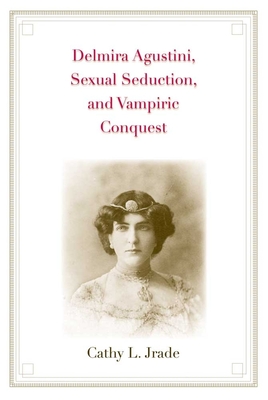 Delmira Agustini (1886–1914) has been acclaimed as one of the foremost modernistas and the first major woman poet of twentieth-century Spanish America. Critics and the reading public alike were immediately taken by the originality and power of her verse, especially her daring eroticism, her inventive appropriation of vampirism, and her morbid embrace of death and pain. No work until now, however, has shown how her poetry reflects a search for an alternative, feminized discourse, a discourse that engages in an imaginative dialogue with Rubén Darío’s recourse to literary paternity and undertakes an audacious rewriting of social, sexual, and poetic conventions.

In the first major exploration of Agustini’s life and work, Cathy L. Jrade examines her energizing appropriation and reinvention of modernista verse and the dynamics of her breakthrough poetics, a poetics that became a model for later women writers.


Praise For Delmira Agustini, Sexual Seduction, and Vampiric Conquest (Major Figures in Spanish and Latin American Literature and the Arts)…

"This book is the first in a series on 'Major Figures in Spanish and Latin American Literature and the Arts,' published by Yale University Press and covering a variety of canonical authors in a critical style that makes them 'accessible to the educated nonspecialist,' a goal that has certainly been met with this book, since one of its most salient characteristics is its accessibility."—Hispania
— April Schmidt

Cathy L. Jrade is Chancellor's Professor of Spanish and chair of the Department of Spanish and Portuguese at Vanderbilt University. She lives in Nashville, TN.