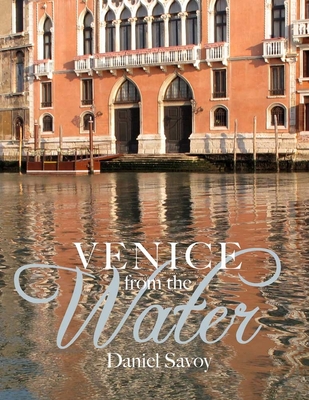 Venice from the Water (Hardcover)

Architecture and Myth in an Early Modern City

The floating city of Venice has enchanted visitors for centuries with its maze of scenic canals. For this pioneering book, Daniel Savoy set out by boat to explore the built environment of these waterways, gaining new insights into the architectural history of this major early modern Italian center. By viewing the architecture and experience of the canals in relation to the production of Venetian civic mythology, the author found that the waterways of Venice and its lagoon were integral areas of the city's pre-modern urban space, and that their flanking buildings were constructed in an intimate dialogue with the water's visual, spatial, and metaphorical properties.

Enhancing the natural wonder of their aquatic setting, the builders of Venice used illusory aesthetic and scenographic practices to create waterfront buildings that appear to float, blend into the water, and glide into view around bends in the canals—transporting visitors into a seemingly otherworldly realm. This book's striking photographs of Venice, as seen from its waterways, will likewise transport readers with breathtaking views of this captivating city.

Daniel Savoy is an assistant professor of art history at Manhattan College.

Praise For Venice from the Water: Architecture and Myth in an Early Modern City…

Winner of the 2012 Association of American Publishers PROSE Award in the Art History Criticism category.
— PROSE

“The ceremonial display of Venice is the subject of Daniel Savoy’s perceptive new book, which draws together various strands of historical and ecological analysis into an engaging narrative about the perfection of a myth”—Bruce Boucher, Times Literary Supplement

“This highly readable, beautifully illustrated volume should have broad appeal to anyone enamored of Venice and its architecture.”—Tamara Morgenstern, Journal of the Society of Architectural Historians
— Tamara Morgenstern
or
Not Currently Available for Direct Purchase
Copyright © 2020 American Booksellers Association