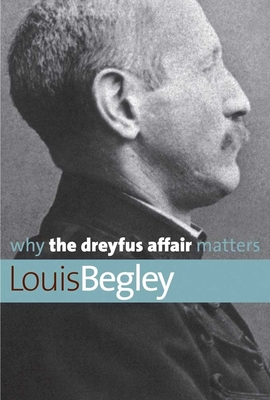 Why the Dreyfus Affair Matters (Why X Matters Series) (Paperback)

From the prize-winning author of Wartime Lies, an anatomy of the infamous prosecution of a Jewish officer attached to the French Army’s General Staff, with profound implications for our own time.

In December 1894, Captain Alfred Dreyfus, a brilliant French artillery officer and a Jew of Alsatian descent, was court-martialed for selling secrets to the German military attaché in Paris based on perjured testimony and trumped-up evidence. The sentence was military degradation and life imprisonment on Devil’s Island, a hellhole off the coast of French Guiana. Five years later, the case was overturned, and eventually Dreyfus was completely exonerated. Meanwhile, the Dreyfus Affair tore France apart, pitting Dreyfusards—committed to restoring freedom and honor to an innocent man convicted of a crime committed by another—against nationalists, anti-Semites, and militarists who preferred having an innocent man rot to exposing the crimes committed by ministers of war and the army’s top brass in order to secure Dreyfus’s conviction.

Was the Dreyfus Affair merely another instance of the rise in France of a virulent form of anti-Semitism? In Why the Dreyfus Affair Matters, the acclaimed novelist draws upon his legal expertise to create a riveting account of the famously complex case, and to remind us of the interest each one of us has in the faithful execution of laws as the safeguard of our liberties and honor.

Louis Begley is a bestselling novelist and a lawyer who retired after a 45-year career as partner in a prominent law firm. His fiction includes Wartime Lies, About Schmidt, and Matters of Honor.

Praise For Why the Dreyfus Affair Matters (Why X Matters Series)…

“As a primer on the affair, this is a first-rate narrative and a heartfelt plea to modern democracies to stick to their values and defend basic liberties, however threatened they feel.” — The Economist
— Economist

"In thousands of political battles—including those over the Iraq war—Western publics have relived the Dreyfus Affair ever since."—Andrew Moravcsik, Foreign Affairs

“I can’t imagine a more unequivocal, socially acute, or legally astute book about the whole hateful Dreyfus Affair than Louis Begley’s “Why Dreyfus Matters.”  Add to that the limpidity, the novelist’s eye, the moral passion, and the very considerable narrative gifts that have made Begley’s fiction famous, and you have one of French history’s most tellingly muddled moments, distilled and restored to the drama it in fact was for the country it divided.”—Jane Kramer

"Begley's own contribution to dispelling silence and indifference consists in deftly retelling the story of the Dreyfus Affair and explicitly connecting it to our times. . . . The Dreyfus Affair will continue to matter as long as there are those prepared to defend human rights and the dignity of every human life against claims of expediency, reasons of state and official miscarriages of justice."—Ruth Scurr, The New York Times
— Ruth Scurr

Selected as a Favorite Book of the Year, The New Yorker
— New Yorker

"A compact treatment of a complex case."—New Yorker (one of the "Reviewers' favorites from 2009")
— New Yorker

“A brave new book [and] a pointed warning and reminder of how fragile the standards of civilized conduct prove in moments of national panic.”—Adam Gopnik, The New Yorker

"No other work in English on the Dreyfus Affair matches the clarity, the concision, and the passion of this one. A lawyer and novelist, Louis Begley explains the legal technicalities and untangles a byzantine narrative. He shows why this abuse of power should still concern us today."— Robert O. Paxton, author of The Anatomy of Fascism
— Robert Paxton

"...a brilliant work of historical storytelling, reminding us to what extent the drama is in the detail." — The Jewish Chronicle

"Begley['s] prose is as crisp as his resume is distinguished. His book is a fluid, confident survey that clearly sketches the chronology, main players, and historical and literary legacy of the affair while making a provocative comparison to the war on terror."--Michael O'Donnell, Washington Monthly
— Michael O'Donnell

"Begley is a brilliant choice...And he has written a brilliant book, using a lawyer's skill to marshal the facts and a novelist's art to relate them. The result is a history that drives the reader forward and occasionally steals his breath." - Journal of International Law and Politics
— Journal of International Law and Politics

“Begley provides a lucid and beautifully written account of L’affair Dreyfus from beginning to end.”