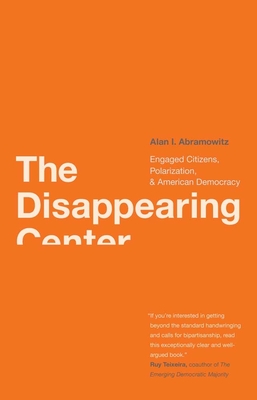 Renowned political scientist Alan I. Abramowitz presents a groundbreaking argument that the most important divide in American politics is not between left and right but rather between citizens who are politically engaged and those who are not. It is the engaged members of the public, he argues, who most closely reflect the ideals of democratic citizenship—but this is also the group that is most polarized. Polarization at the highest levels of government, therefore, is not a sign of elites’ disconnection from the public but rather of their responsiveness to the more politically engaged parts of it. Though polarization is often assumed to be detrimental to democracy, Abramowitz concludes that by presenting voters with clear choices, polarization can serve to increase the public’s interest and participation in politics and strengthen electoral accountability.

“Alan Abramowitz has produced a definitive work on the consequences of a divided electorate in elections, in policy making, and in the capacity for winners to govern. The Disappearing Center is a major contribution to the study of contemporary American politics.”—Thomas Edsall, author of Building Red America and Chain Reaction

“No one is better at analyzing the American voter than Alan Abramowitz. In this exceptionally revealing volume, Professor Abramowitz convincingly explains one of the most discussed phenomena of our time, political polarization.”—Larry J. Sabato, author of A More Perfect Constitution

"Alan Abramowitz explains the most pressing political problem of the day—how Americans have grown so politically divided that they barely speak the same language."—Bill Bishop, author of The Big Sort: Why the Clustering of Like-Minded America is Tearing Us Apart

"If you’re interested in getting beyond the standard handwringing and calls for bipartisanship, read this exceptionally clear and well-argued book.”—Ruy Teixeira, co-author of The Emerging Democratic Majority

"Among all the academics who write on American politics, Abramowitz is one of the most original, interesting, and convincing, and one of the smartest....[he] has new things to say about polarization.  His focus here on the engaged versus the unengaged is a nice move.  Also, he organizes recognized material about the subject in a way that beats the competition.”—David Mayhew, Yale University

"Abramowitz admirably tackles many dimensions of a complex debate. . . . the book is an important text for both new and old students of polarization in American politics."—Hahrie Han, Public Opinion Quarterly
— Hahrie Han

Alan I. Abramowitz is the Alben W. Barkley Professor of Political Science at Emory University.
Loading...
or support indie stores by buying on