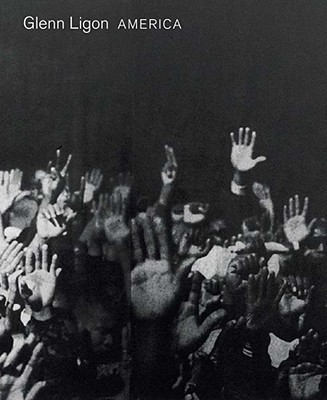 American artist Glenn Ligon (b. 1960) is best known for his landmark body of text-based paintings, made since the late 1980s, which draw on the writings and speech of diverse figures including Jean Genet, Zora Neale Hurston, Jesse Jackson, and Richard Pryor. Throughout his career, Ligon has pursued an incisive exploration of American history, literature, and society across a body of work that builds critically on the legacies of modern painting and more recent conceptual art. His subject matter ranges widely from the Million Man March and the aftermath of slavery to 1970s coloring books and the photography of Robert Mapplethorpe all treated within artworks that are both politically provocative and beautiful to behold.

"Glenn Ligon: AMERICA," created in close collaboration with the artist, surveys twenty-five years of Ligon's art, including paintings, sculptural installations, prints, and drawings. Essays examine his working methods in depth and situate his output within a broad cultural context, while lavish new photography highlights the formal subtlety of his art. This first comprehensive survey of Ligon's career will greatly advance our appreciation of his pioneering oeuvre.

Scott Rothkopf is curator and Adam D. Weinberg is Alice Pratt Brown Director, both at the Whitney Museum of American Art. Hilton Als is a staff writer for the "New Yorker." Okwui Enwezor was dean of the San Francisco Art Institute. Thelma Golden is director and chief curatorof the Studio Museum in Harlem. Saidiya Hartman is a professor at Columbia University. Bennett Simpson is associate curator at the Museum of Contemporary Art, Los Angeles. Franklin Sirmans is curator at the Los Angeles County Museum of Art."

". . . a fitting tribute to an artist dedicated to making ''language into a physical thing, something that has real weight and force to it.''"—Jeffrey Kastner, Artforum
-Jeffrey Kastner