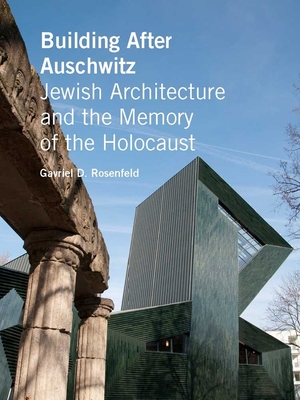 Jewish Architecture and the Memory of the Holocaust

Since the end of World War II, Jewish architects have risen to unprecedented international prominence. Whether as modernists, postmodernists, or deconstructivists, architects such as Peter Eisenman, Frank Gehry, Louis I. Kahn, Daniel Libeskind, Richard Meier, Moshe Safdie, Robert A.M. Stern, and Stanley Tigerman have made pivotal contributions to postwar architecture. They have also decisively shaped Jewish architectural history, as many of their designs are influenced by Jewish themes, ideas, and imagery. Building After Auschwitz is the first major study to examine the origins of this "new Jewish architecture."

Historian Gavriel D. Rosenfeld describes this cultural development as the result of important shifts in Jewish memory and identity since the Holocaust, and cites the rise of postmodernism, multiculturalism, and Holocaust consciousness as a catalyst. In showing how Jewish architects responded to the Nazi genocide in their work, Rosenfeld's study sheds new light on the evolution of Holocaust memory.


Praise For Building After Auschwitz: Jewish Architecture and the Memory of the Holocaust…

"The first and only attempt I know to explore both the idea of Jewish architecture and its contemporary practice, informed by questions of Holocaust memory, Jewish identity, and the various schools and movements of post-World War II architecture. . . . It makes a huge contribution to the fields of Jewish cultural studies and architectural history."—James E. Young, author of At Memory's Edge: After-images of the Holocaust in Contemporary Art and Architecture
— James E. Young

"This thoughtful, scholarly study culminates years of research into and interviews with many of the most important Jewish architects of the past century . . . [Rosenfeld] gracefully addresses, both personally and professionally, the engrossing spread of 1920s German and Jewish critical theory, balancing assimilation and alienation."—P. Kaufman, Choice
— P. Kaufman

Gavriel D. Rosenfeld is associate professor of history at Fairfield University. His books include Munich and Memory: Architecture, Monuments, and the Legacy of the Third Reich and The World Hitler Never Made: Alternate History and the Memory of Nazism.
Loading...
or
Not Currently Available for Direct Purchase