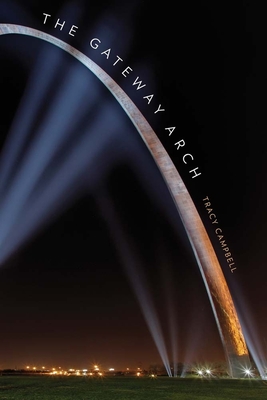 A Biography (Icons of America)

The surprising history of the spectacular Gateway Arch in St. Louis, the competing agendas of its supporters, and the mixed results of their ambitious plan

Rising to a triumphant height of 630 feet, the Gateway Arch in St. Louis is a revered monument to America’s western expansion. Envisioned in 1947 but not completed until the mid-1960s, the arch today attracts millions of tourists annually and is one of the world’s most widely recognized structures. By weaving together social, political, and cultural history, historian Tracy Campbell uncovers the complicated and troubling history of the beloved structure. This compelling book explores how a medley of players with widely divergent motivations (civic pride, ambition, greed, among others) brought the Gateway Arch to fruition, but at a price the city continues to pay.

Campbell dispels long-held myths and casts a provocative new light on the true origins and meaning of the Gateway Arch. He shows that the monument was the scheme of shrewd city leaders who sought to renew downtown St. Louis and were willing to steal an election, destroy historic buildings, and drive out local people and businesses to achieve their goal. Campbell also tells the human story of the architect Eero Saarinen, whose prize-winning design brought him acclaim but also charges of plagiarism, and who never lived to see the completion of his vision. As a national symbol, the Gateway Arch has a singular place in American culture, Campbell concludes, yet it also stands as an instructive example of failed urban planning.

Praise For The Gateway Arch: A Biography (Icons of America)…

“Tracy Campbell offers readers a fascinating reconsideration of the iconic structure, exploring the contested history of its creation and the larger legacy of the sculpture for the city of Saint Louis.”—Aaron Cownan, Slippery Rock University
— Aaron Cownan

Tracy Campbell is professor of history and codirector of the Wendell Ford Public Policy Research Center at the University of Kentucky.