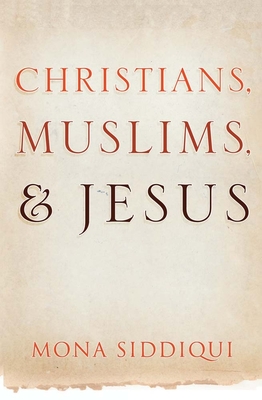 Prophet or messiah, the figure of Jesus serves as both the bridge and the barrier between Christianity and Islam. In this accessible and thoughtful book, Muslim scholar and popular commentator Mona Siddiqui takes her reader on a personal, theological journey exploring the centrality of Jesus in Christian-Muslim relations. Christian and Muslim scholars have used Jesus and Christological themes for polemical and dialogical conversations from the earliest days to modern times. The author concludes with her own reflections on the cross and its possible meaning in her Muslim faith.

Through a careful analysis of selected works by major Christian and Muslim theologians during the formative, medieval, and modern periods of both religions, Siddiqui focuses on themes including revelation, prophecy, salvation, redemption, sin, eschatology, law, and love. How did some doctrines become the defining characteristics of one faith and not the other? What is the nature of the theological chasm between Christianity and Islam? With a nuanced and carefully considered analysis of critical doctrines the author provides a refreshingly honest counterpoint to contemporary polemical arguments and makes a compelling contribution to reasoned interfaith conversation.

Mona Siddiqui is professor of Islamic and interreligious studies at the Divinity School, Edinburgh University. She lives in Glasgow.

Praise For Christians, Muslims, and Jesus…

"For a muslim writer to seek new forms of dialogue between Christians and Muslims is an audacious venture. Mona Siddiqui, the well-known academic, broadcaster and interfaith practitioner from the University of Edinburgh, has dared to go where others have feared to tread . . . She does so with admirable empathy and a detailed knowledge of Islamic and Christian theological texts, offering an exemplary model of how courageously creative dialogues might be constructed and a new model of interfaith relations advanced . . . This book reveals profound learning, but it also shows that searching for dialogue is a great adventure that can become a transformative 'personal and spiritual journey'." —Ursula King, Times Higher Education Supplement
— Ursula King

"Parts of her book are rigorously academic and arcane, other parts are very personal . . . She does not confine her meditations on her own faith to an introduction. Rather, she ambitiously weaves her personal and scholarly views throughout . . . The most compelling passages are the personal ones, in which the author sets out some of her own dilemmas . . . She writes with clarity and empathy about the core doctrines of Christianity . . . But unlike other comparative-religion scholars, she does not paper over the differences between these two global monotheisms.”—The Economist

“In this fascinating book [Siddiqui] touches on a central doctrinal difference between the two largest monotheisms: the true nature of Jesus of Nazereth.” —Sameer Rahim, The Sunday Telegraph
— Sameer Rahim

“In this enlightening and inspiring book, Mona Siddiqui. . .discusses how Jesus is both the ‘bridge and the barrier’ between Christianity and Islam. It is in itself a significant work of inter-faith understanding, and in its account of the historical debates on the role of Jesus in both religions, offers an important model of how such theological dialogues might ideally be conducted without either bigoted intransigence or relativistic self-censoring.”—Stuart Kelly, Scotland on Sunday
— Stuart Kelly

“[H]er case is shot through with qualifications, testifying to her honesty and intellectual empathy as well as a depth of scholarship to be expected of the Professor of Islamic and Interreligious Studies at Edinburgh. . .She [Siddiqui] deserves recognition as one of the most imaginative leaders of contemporary Islamic thought.”—Jonathan Benthall, Times Literary Supplement
— Jonathan Benthall