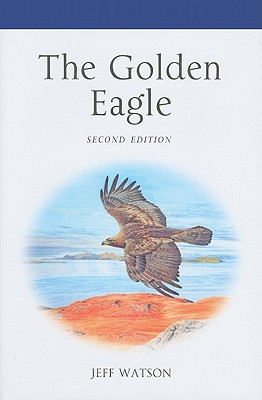 A majestic and awe-inspiring bird, the golden eagle flies throughout the northern hemisphere and is one of the largest birds of prey in North America. Among ornithologists and other scientists today, the species attracts great interest and extensive research. The golden eagle has also captured the imaginations of everyday people throughout history, playing various symbolic roles and appearing in the folklore of societies around the globe.

This all-encompassing book presents full current information on the biology and ecology of golden eagles. It includes both original research by raptor expert Jeff Watson and a synthesis of the findings of an array of international scientists. Chapters on such further topics as the cultural importance of golden eagles, conservation issues, and predation on livestock, along with more than 70 superb depictions of the raptors and their landscapes, combine to make this volume the definitive account of the golden eagle.


Praise For The Golden Eagle…

The late Jeff Watson was director of operations in Scottish Natural Heritage and a world authority on the conservation of the golden eagle. He was a leader in Scotland's internationally important Special Protection Areas and Special Areas of Conservation programs and a proponent of major legislation that set new conservation standards across Europe.
Loading...
or
Not Currently Available for Direct Purchase