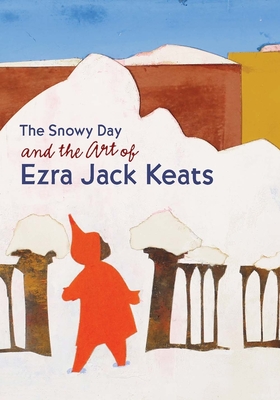 The Snowy Day and the Art of Ezra Jack Keats

In 1962, Ezra Jack Keats's picture book The Snowy Day introduced readers to young Peter, the first African American protagonist in a full-color children's book, who traipsed alone through the snowy, wondrous sidewalks of New York City. The book was a runaway success, capturing the Caldecott Medal and selling more than two million copies. In The Snowy Day and subsequent books, Keats's awareness of the city, its daily hum, and the role of its children are deeply felt and delicately rendered in words and bright collages and paintings. He made a prominent place for characters and places that had not been represented in children's books, saying about Peter, "My book would have him there simply because he should have been there all along."

Coinciding with The Snowy Day's 50th anniversary, the current publication features more than 75 illustrations alongside essays by Claudia Nahson and Maurice Berger, who discuss Keats's Jewish background, his advocacy of civil rights, his inventive art, and his wide-ranging influence.

". . . a rare opportunity to see the inspiring body of work Keats created and the groundbreaking role he played in breaking down racial prejudice and stereotypes in children's literature."—Penny Schwartz, The American Jewish World
— Penny Schwartz

“This fascinating examination of Keats and his oeuvre, complete with 80 full-color reproductions, coincides with the first major U.S. exhibition devoted to his work.”—Publishers Weekly
— Publishers Weekly

Claudia J. Nahson is curator at The Jewish Museum, New York. She is the author of The Art of William Steig. Maurice Berger is senior research scholar at the Center for Art, Design, and Visual Culture, University of Maryland, Baltimore County, and senior fellow at the Vera List Center for Art and Politics of The New School.
Loading...
or
Not Currently Available for Direct Purchase