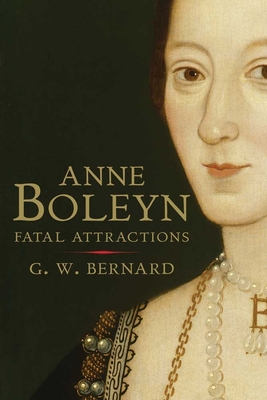 "Will certainly make readers think again about what we really know about Henry VIII's most controversial wife—and what we have merely become accustomed to believe we know about her."—Paul Hammer, University of Colorado at Boulder

In this groundbreaking new biography, G. W. Bernard offers a fresh portrait of one of England’s most captivating queens. Through a wide-ranging forensic examination of sixteenth-century sources, Bernard reconsiders Boleyn’s girlhood, her experience at the French court, the nature of her relationship with Henry, and the authenticity of her evangelical sympathies.


He depicts Anne Boleyn as a captivating, intelligent, and highly sexual woman whose attractions Henry resisted for years until marriage could ensure legitimacy for their offspring. He shows that it was Henry, not Anne, who developed the ideas that led to the break with Rome. And, most radically, he argues that the allegations of adultery that led to Anne’s execution in the Tower could be close to the truth.

G. W. Bernard is professor of early modern history at the University of Southampton and editor of the English Historical Review. He is the author of The King's Reformation: Henry VIII and the Remaking of the English Church. He lives in Southampton, UK.
Loading...
or
Not Currently Available for Direct Purchase