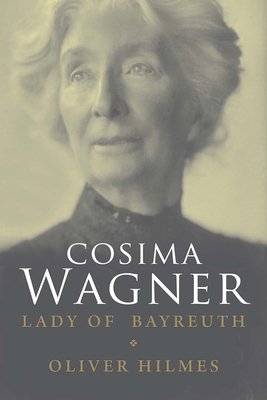 The Lady of Bayreuth

An enthralling new biography of the woman behind Bayreuth

In this meticulously researched book, Oliver Hilmes paints a fascinating and revealing picture of the extraordinary Cosima Wagner—illegitimate daughter of Franz Liszt, wife of the conductor Hans von Bülow, then mistress and subsequently wife of Richard Wagner. After Wagner’s death in 1883 Cosima played a crucial role in the promulgation and politicization of his works, assuming control of the Bayreuth Festival and transforming it into a shrine to German nationalism. The High Priestess of the Wagnerian cult, Cosima lived on for almost fifty years, crafting the image of Richard Wagner through her organizational ability and ideological tenacity.

The first book to make use of the available documentation at Bayreuth, this biography explores the achievements of this remarkable and obsessive woman while illuminating a still-hidden chapter of European cultural history.

Oliver Hilmes is the author of Cosima's Kinder, a study of the Wagner dynasty, and a best-selling biography of Alma Mahler. Stewart Spencer is an acclaimed translator and editor (with Barry Millington) of Wagner in Performance.
Loading...
or support indie stores by buying on