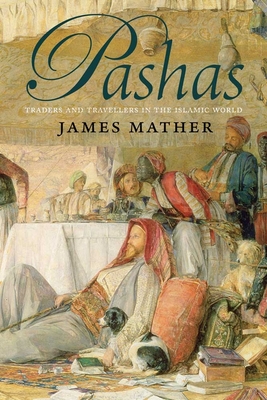 Traders and Travellers in the Islamic World

The fascinating, forgotten story of when Europe and Islam first met

Long before they came as occupiers, the British were drawn to the Middle East by the fabled riches of its trade and the enlightened tolerance of its people. The Pashas, merchants and travelers from Europe, discovered an Islamic world that was alluring, dynamic, and diverse.

Ranging across two and a half centuries and through the great cities of Istanbul, Aleppo, and Alexandria, James Mather tells the forgotten story of the men of the Levant Company who sought their fortunes in the Ottoman Empire. Their trade brought to the region not only merchants but also ambassadors and envoys, pilgrims and chaplains, families and servants, aristocratic tourists and roving antiquarians. Unlike the nabobs who gathered their fortunes in Bengal, they both respected and learned from the culture they encountered, and their lives provide a fascinating insight into the meeting of East and West before the age of European imperialism.

Intriguing, intimate, and original, Pashas brings to life an extraordinary tale of faraway visitors beguiled by a mysterious world of Islam.

James Mather graduated from Gonville and Caius College, Cambridge, before studying at Harvard as a Kennedy scholar. He now works as a commercial barrister in London.
Loading...
or support indie stores by buying on