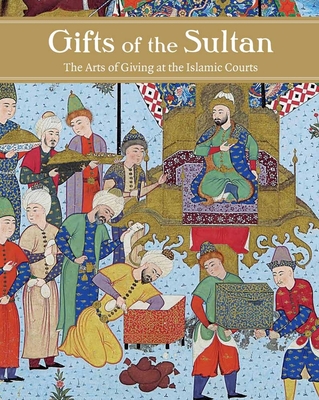 Gifts of the Sultan

The Arts of Giving at the Islamic Courts

The giving of gifts both delights the recipient and pleases the giver. Practiced in all societies, gift exchange has a history as long as humanity. This gloriously illustrated catalogue is the first investigation of gift-giving and its impact on the development of art in the Islamic world. Presenting some 240 rare and costly works of art associated with gift exchanges among the courts of Islam, Byzantium, western Europe, and eastern Asia, the book provides a wide-ranging view of Islamic art and culture from the 8th through the 19th century.

At courts across the Islamic world, gift-giving often served as a nexus of art and diplomacy, religion, and interpersonal relations. The book examines the complex interplay between artistic production and gift-based patronage through numerous examples of deluxe, aesthetically pleasing objects either commissioned or repurposed as gifts. Tracing the unique histories of selected artworks, the book also explores how the exchange of luxury objects played a central role in the circulation, emulation, and assimilation of artistic forms within and beyond the Islamic world.


Praise For Gifts of the Sultan: The Arts of Giving at the Islamic Courts…

"This is a fine scholarly catalogue . . . a joy to explore, with so many wonderfully splendid images brilliantly elucidated."—L. Nees, Choice
— L. Nees

Winner of the 20th World Prize for the Book of the Year of the Islamic Republic of Iran, given by the Ministry of Culture and Islamic Guidance.

Linda Komaroff is curator of Islamic art, Los Angeles County Museum of Art, and author or editor of numerous books and articles on aspects of Islamic art.
Loading...
or
Not Currently Available for Direct Purchase