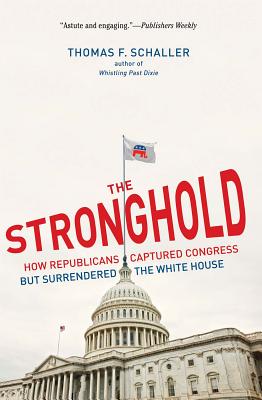 How Republicans Captured Congress but Surrendered the White House

Once the party of presidents, the GOP in recent elections has failed to win convincing national majorities. Republicans have lost four of the last six presidential races and lost the popular vote in five of the six. In the lone Republican victory, the party incumbent won—during wartime—by the slimmest of margins. Republican fortunes in Congress, meanwhile, have been almost a mirror image: in 1994 the GOP had controlled the Senate for just ten years in the previous six decades; since then it has had a majority more than half the time. Its control of the House of Representatives is even more striking. In 1994 Republicans gained their first House majority in forty years; since then they’ve been in control for all but four years, and they will likely retain a majority for the rest of this decade. What explains this seismic shift in the party’s center of power, and what does it mean?

In this fascinating and important book, Tom Schaller examines national Republican politics since President Ronald Reagan left office in 1989. From Newt Gingrich’s ascent as Speaker of the House through the defeat of Mitt Romney in 2012, Schaller traces the Republican Party’s institutional transformation and the political consequences.

Gingrich’s “Contract with America” set in motion a vicious cycle, Schaller contends: as the GOP became more conservative, it became more Congress-centered, and as its congressional wing grew more powerful, the party grew more conservative. This dangerous loop, unless broken, may signal a future of increasing radicalization, dependency on a shrinking pool of voters, and less viability as a true national party. In a thought-provoking conclusion, the author discusses repercussions of the GOP decline, among them political polarization and the paralysis of the federal government.


Praise For The Stronghold: How Republicans Captured Congress but Surrendered the White House…

"Tom Schaller is one of the most astute observers of American politics writing today. The Stronghold is essential reading for anyone who wants to understand the modern Republican Party."—Ryan Lizza, Washington Correspondent, New Yorker
— Ryan Lizza

“Schaller has produced another book about recent trends in American electoral politics that will undoubtedly provoke considerable debate among both scholars and political practitioners.”—Alan Abramowitz, American Prospect

"The fact that GOP now governs from the House is a vastly under appreciated factor in what drives our national politics. So if you find yourself frustrated and flummoxed by the particular dysfunction of our political moment, you must read this book. "—Chris Hayes, MSNBC Host, "All-In"
— Chris Hayes

Thomas Schaller is professor of political science, University of Maryland, Baltimore County. He writes a political column for the Baltimore Sun and lives in Washington, DC.
Loading...
or
Not Currently Available for Direct Purchase