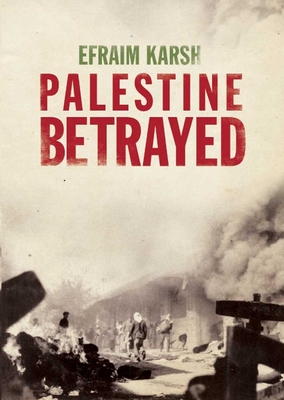 A searing account of the UN resolution to partition Palestine, and its bloody aftermath

The 1947 UN resolution to partition Palestine irrevocably changed the political landscape of the Middle East, giving rise to six full-fledged wars between Arabs and Jews, countless armed clashes, blockades, and terrorism, as well as a profound shattering of Palestinian Arab society. Its origins, and that of the wider Arab-Israeli conflict, are deeply rooted in Jewish-Arab confrontation and appropriation in Palestine. But the isolated occasions of violence during the British Mandate era (1920–48) suggest that the majority of Palestinian Arabs yearned to live and thrive under peaceful coexistence with the evolving Jewish national enterprise. So what was the real cause of the breakdown in relations between the two communities?

In this brave and groundbreaking book, Efraim Karsh tells the story from both the Arab and Jewish perspectives. He argues that from the early 1920s onward, a corrupt and extremist leadership worked toward eliminating the Jewish national revival and protecting its own interests. Karsh has mined many of the Western, Soviet, UN, and Israeli documents declassified over the past decade, as well as unfamiliar Arab sources, to reveal what happened behind the scenes on both Palestinian and Jewish sides. It is an arresting story of delicate political and diplomatic maneuvering by leading figures—Ben Gurion, Hajj Amin Husseini, Abdel Rahman Azzam, King Abdullah, Bevin, and Truman —over the years leading up to partition, through the slide to war and its enduring consequences. Palestine Betrayed is vital reading for understanding the origin of disputes that remain crucial today.

Efraim Karsh is professor and head of the Middle East and Mediterranean Studies Programme, King's College London. His books include Islamic Imperialism: A History; The Arab-Israeli Conflict: The Palestine War, 1948; Saddam Hussein: A Political Biography; and Empires of the Sand: The Struggle for Mastery in the Middle East, 1789-1923. He lives in London.
Loading...
or support indie stores by buying on
(This book is on backorder)