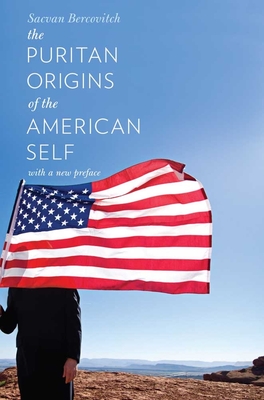 The Puritan Origins of the American Self

With a New Preface

“Perhaps the most penetrating examination yet published of ‘the sources of our obsessive concern with the meaning of America.’”—Jack P. Greene, History

“The most valuable achievement in colonial American literature since the best work of Perry Miller.”—David Levin, William and Mary Quarterly

“A brave and brilliant book…that is the most significant and far-reaching contribution to the theory of American literature in recent years.”—Alan Trachtenberg, Partisan Review

“A study which reaches with daring ease from the Bible and Augustine to Emerson and Whitman… [and] offers an agenda for the next several decades of scholarly work on colonial religious studies.”—John F. Wilson, Theology Today

“[Bercovitch] casts a dazzling light on the myth of America and the conundrums of individuality and community that are the core of the American character.”—Michael Zuckerman, Early American Literature

Praise For The Puritan Origins of the American Self: With a New Preface…

“The issuing of The Puritan Origins of the American Self, with a fascinating new preface by Sacvan Bercovitch, is an occasion for celebration. A landmark contribution to American studies, the book is also a model, still vital and generative after many years, for any attempt to analyze the ideological dream-life upon which nations are founded. Bercovitch has an uncanny ability to be at once knowing and innocent, a sophisticated master of the textual archive and a wide-eyed stranger, like Kafka’s Max Rossmann, amazed by what he is witnessing on the shores of the New World. A major and enduring achievement.”—Stephen Greenblatt, Cogan University Professor of the Humanities, Harvard University
— Stephen Greenblatt

“The Puritan Origins of the American Self is a classic text for American studies, and the splendid new preface makes it available for new generations. Known for its wide learning, clear and compelling prose, and above all for the strength of its twin arguments about the continuity of national culture and the flexible shape of American ideology, Bercovitch's book continues to be essential reading.”—Michael Warner, Seymour H. Knox Professor of English, Yale University
— Michael Warner

“Now reissued with a powerful new preface by the author that extends the argument through the scholarly waves of the past three decades, this American Studies classic makes a compelling and provocative case for continuities in the rhetoric of America from Puritanism to our own times.”—Werner Sollors, Henry B. and Anne M. Cabot Professor of English Literature and Professor of African and African American Studies.Harvard University
— Werner Sollors

“Sacvan Bercovitch’s insights about the formative power of the Puritan imagination remain as fresh and relevant in the post-9/11 world as they were in 1975, when he shaped a field of study. No one better understands than Bercovitch both the imaginative hold of the nation form and its intrinsic instability in a global network of allegiances and affiliations “—Priscilla Wald, Professor of English, Duke University
— Priscilla Wald

“Now framed by a luminous new Preface, this book offers something still too rare: a brilliant and boldly erudite interpretation of America’s distinctiveness that is not exceptionalist but comparative.”—Jonathan Arac, Andrew W. Mellon Professor of English, University of Pittsburgh
— Jonathan Arac