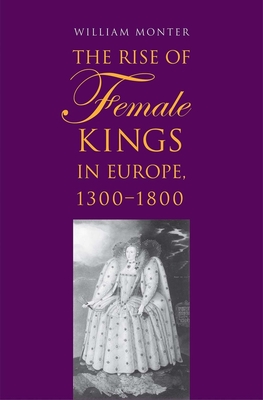 In this lively and pathbreaking book, William Monter sketches Europe's increasing acceptance of autonomous female rulers between the late Middle Ages and the French Revolution. Monter surveys the governmental records of Europe's thirty women monarchs—the famous (Mary Stuart, Elizabeth I, Catherine the Great) as well as the obscure (Charlotte of Cyprus, Isabel Clara Eugenia of the Netherlands)—describing how each of them achieved sovereign authority, wielded it, and (more often than men) abandoned it. Monter argues that Europe's female kings, who ruled by divine right, experienced no significant political opposition despite their gender.

“More women exercised sovereign authority in Europe from the late Middle Ages to the end of the eighteenth century than at any other point in history. With assured touch and convincingly broad comparisons, William Monter examines how, when and why those women did so, enabling us to understand more clearly than ever before what made for successful female rule in early modern Europe, as well as the dangers it posed.”—Mark Greengrass, Albert-Ludwigs Universität Freiburg
— Mark Greengrass

William Monter is professor emeritus of history, Northwestern University. He lives in Wilmette, IL.
Loading...
or
Not Currently Available for Direct Purchase