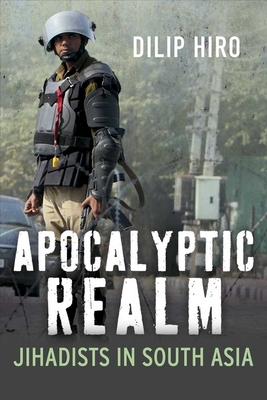 An important new history of the relentless growth of South Asia's jihadist violence, and a careful analysis of how it can be countered

This hard-hitting and timely book explores the roots of militant Islam in South Asia and how it has grown to become a source of profound global alarm. By meticulously tracking the rise of the jihadist movement from its initial violence in Afghanistan in 1980 to the present day, Dilip Hiro challenges conventional narratives of the roles of Afghanistan, Pakistan, the Soviet Union, the United States, and India. He warns that the Line of Control in Kashmir, where jihadists seek to incite war between nuclear-armed Pakistan and India, is today the most dangerous border in the world.

Drawing on evidence from a wide variety of sources including newly released Kremlin archives and classified U.S. Embassy documents published by WikiLeaks, the author compiles the first complete and accurate history of Islamist terrorism in South Asia. He chronicles historic links between Pakistan, Afghanistan, and India and their varying degrees of destabilization at the hands of the jihadists. He also sheds unprecedented light on the close military and intelligence links that have developed between India and Israel. Finally, he outlines the ambitions of Pakistani, Afghan, and Al Qaeda jihadists to establish an "apocalyptic realm" covering South, Central, and Western Asia. Compact, comprehensive, and fast paced, this book lays bare the causes of today's escalating terrorist threat, sets the historical record straight, and offers fresh strategies for defeating jihadist extremism.

"Mr. Hiro ought to be commended for attempting to bring a regional lens to a subject too often written about in narrower terms."—Sadanand Dhume, Wall Street Journal
— Sadanand Dhume

Dilip Hiro is the author of more than 30 books, including After Empire: The Birth of the Multipolar World and Inside Central Asia, listed by the Financial Times as one of the best history books of 2009. He lives in London.