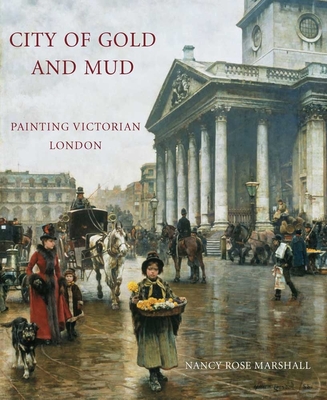 City of Gold and Mud (Hardcover)

London was the quintessential modern city of the 19th century, and its artists were the first to rise to the challenge of depicting the many facets of this new world. From the 1850s to 1900, the city underwent vast changes, resulting in rapid urbanization, a dramatic increase in population, and the creation of dramatic contrasts between the "gold" of its wealth and splendor and the "mud" of its squalor and poverty. Artists sought to make sense of this novel and exciting—but often bewildering—environment in images not only of the pageantry, parks, and rituals of the city but also of its newly visible street types: minstrels and chimney sweeps, street urchins, shoe-black boys, and flower girls.

City of Gold and Mud raises questions about the Victorian metropole in terms of how these popular paintings of modern life portrayed national and imperial identities; relationships of race, class, and gender; and the values, desires, and fears of their makers and users. Nancy Rose Marshall draws on artists' writings, arts criticism, popular poetry, news reports, cartoons, tourist guides, religious tracts, and more to paint a vivid and multifaceted picture of London during this critical time in its economic and artistic development.

Nancy Rose Marshall is an associate professor of art history at the University of Wisconsin-Madison.

Praise For City of Gold and Mud: Painting Victorian London (The Paul Mellon Centre for Studies in British Art)…